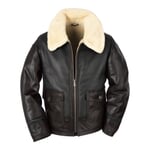 A Classic from the Cockpit. The Bomber Jacket Made of Lambskin.

During the first decades of aviation, harsh conditions prevailed in the cockpit. The pilots countered them with the appropriate protective clothing. Up into the 1920s, pilots donned leather raincoats lined with fur in winter. In the years to follow, waist-length leather jackets granted more freedom of movement, and aviators found leather jackets with lambskin collars or complete lambskin jackets particularly suitable. The Army-Navy Jacket from 1943, known as the ANJ-4, was the last bomber jacket made of lambskin in the United States. It marks the pinnacle of a continuous improvement of this professional aviators clothing that endured testing plus fair wear-and-tear in many years of daily use. The ANJ-4 featured reinforcements made of horsehide on all parts that had to tolerate heavy stress. Thanks to its cut and choice of material, it was more comfortable to wear than its weightier predecessor, two aspects that made the model a favourite among flight crews in no time. However, the elaborate construction proved to be quite expensive, so the production was discontinued a year later. The limited number and the fact that the few specimens obtainable after the Second World War became very popular in civilian use have made the original jackets hard to find today. Our relaunch follows the historical model in every detail. We have the lambskin clipped to a length of 16 mm. What’s more, you find almost the entire upper sleeves and seams trimmed with horsehide.

Made of lambskin. Comes with a collar closure, 2 flap pockets, sleeve reinforcements and seam trim made of horsehide. Cuffs made of 100% wool. Metal zipper by RiRi. Horn buttons. Ventilation eyelets made of metal. Adjustment in width via a strap complete with metal buckle. Made in Germany.
Back length for size L = 67.5 cm.
More articles of the manufacturer:
Have a question? 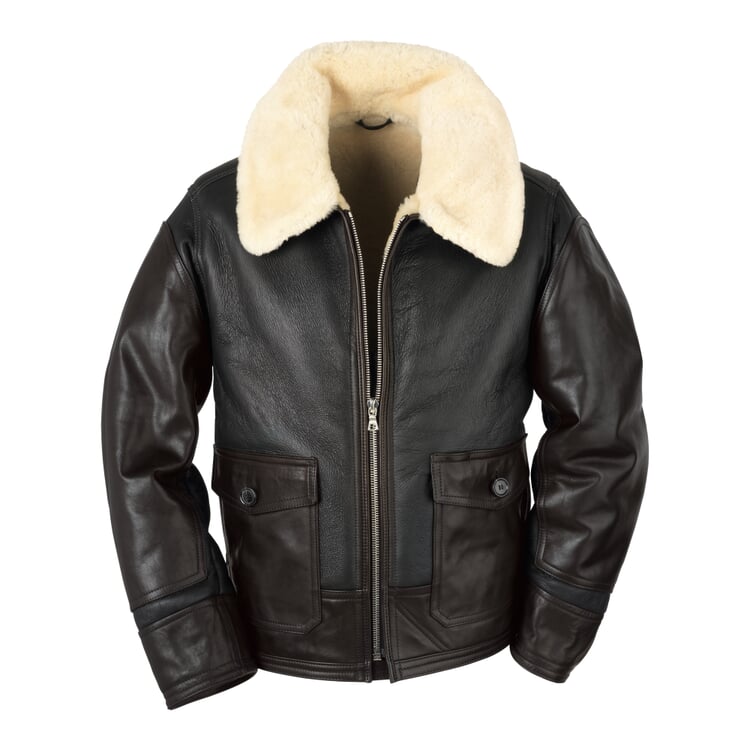