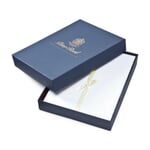 Percale (from Persian "pergalah") refers to a particularly fine-threaded, dense cotton fabric in plain weave. Only from a thread density of over 180 threads per inch (2.54 cm) may the fabric be called percale. Our percale has a thread density of 200 threads per inch, making it exceptionally fine.It has a cool and firm, yet soft feel, yet is extremely durable.SpecialCharacterLineBreak_hard With 3 decorative seams.

Peter Reed in Lancashire is one of the most renowned bedding manufacturers in the world. Its bed linen furnishes not only the British royal family, but also the leading international hotels. After a change of ownership in 2003, the company is once again manufacturing - now under the name Peter Reed Limited - according to the high traditional craft standards of the region and at the former production sites in Lancashire. Since 2008, Peter Reed has again been a "Royal Warrant of Appointment to Her Majesty The Queen" - Royal Court supplier of bed linen.
Reed processes only the very best, always long staple (i.e. with fiber lengths of up to 35 mm), combed cotton from the Nile Delta, which is unusual for bed linen, but also necessary to be able to produce such fine qualities. Only from the long fibers can particularly fine and smooth yarns be spun, which only make the fine and dense weaving of the percale possible. Reed now weaves in Italy, but still manufactures in England, and only to order; there are no stock items. The exceptional quality is incidentally also reflected in the fact that the laundry does not yellow, but even after many washes always remains white.

This firm yet fine fabric is otherwise only used for inlets, which must be woven "featherproof". The bedding is triple- or quintuple-stitched - a detail that became popular around 1870 to help maids distinguish the quality of bedding. Five rows marked the highest quality linen: "5 row cord", which was used only in the best houses and hotels.
The decorative stitching is applied to the top - like a picture frame - these covers are equipped with yarn-wrapped twine buttons.

Our Lancashire percale is manufactured by the purveyor to the British queen. They have the high thread density of 200 threads per inch.
A note on care: The bed linen May shrink by 5–8% so before you use them, wash them to shrink them to their specified size. They are cut correspondingly larger for that reason. Machine wash at 60 °C. May be machine dried.
More articles of the manufacturer:
Have a question? 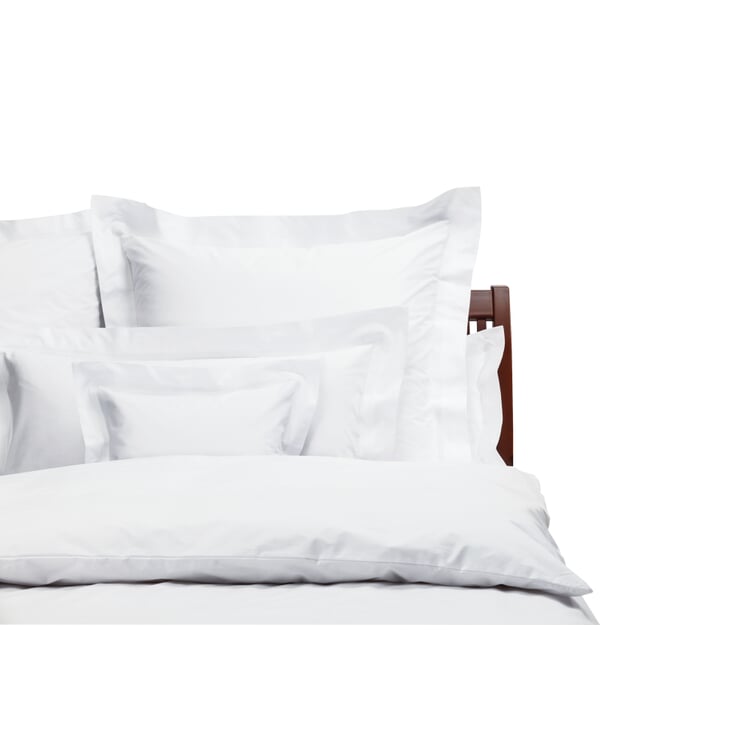