Private White Men’s Waxed Cotton Jacket
Sold, No longer available
Please note that unfortunately we cannot deliver to all countries at the moment.

This waxed cotton jacket has details worth mentioning, which may only be adequately noticed at a second glance. The collar is made of dark brown corduroy, and the same fabric has been used as a lining inside the sleeve cuffs. The six front pockets, however, have been particularly well thought out. Beneath the buttoned breast pockets with flaps are two diagonal slit pockets. The inserts of these slit pockets and the inserts of the large bellows pockets below merge seamlessly; the contents therein are available without the necessity to open the flaps. Shoulder pleats provide more room and greater wearer comfort. The jacket comes with two inner pockets which are made of the cover fabric.

The Private White label from Manchester prides itself on top-quality, robust menswear, made for the most part using locally produced raw materials. The company’s foundation stone was laid in 1917, when Jack White had just started as a tailor in the company, before working his way up to being its owner. Since then he has specialised in traditional woollen clothing for the British Army. Links to its early history are unmistakable, even today. However, the designs by Nick Ashley, son of the famous Welsh designer, Laura Ashely, have the distinct touch of a fresh, modern breeze. What remains is the love for carefully crafted clothing made from carefully selected materials. 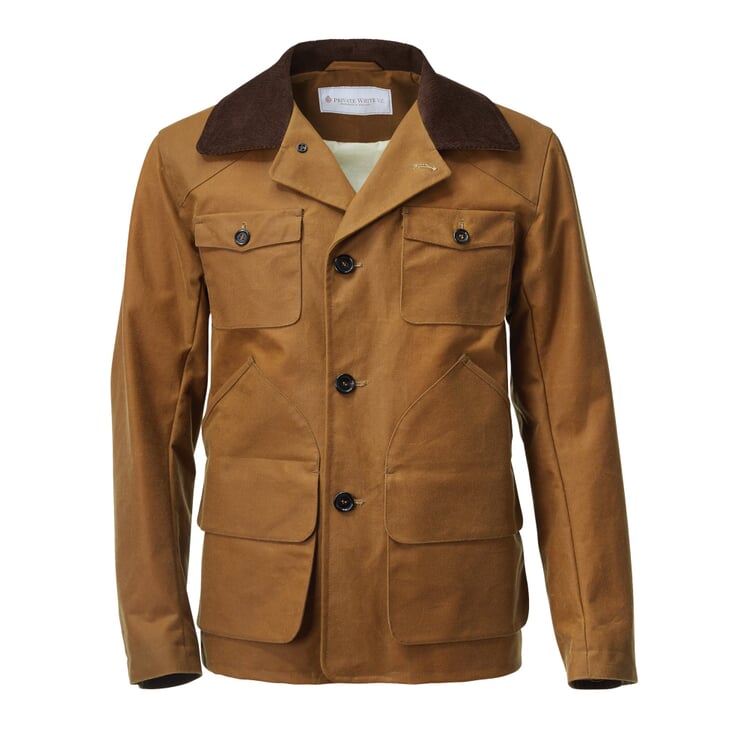