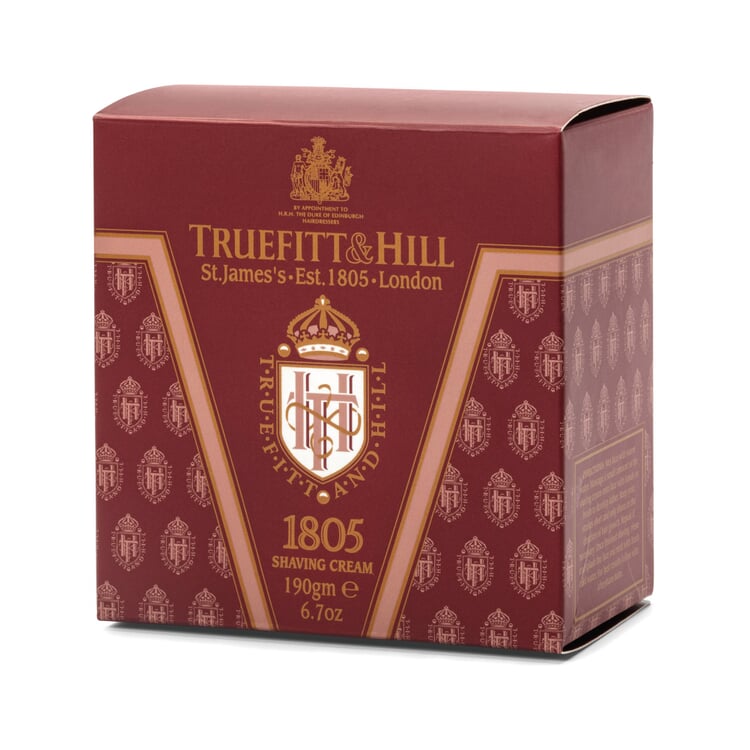 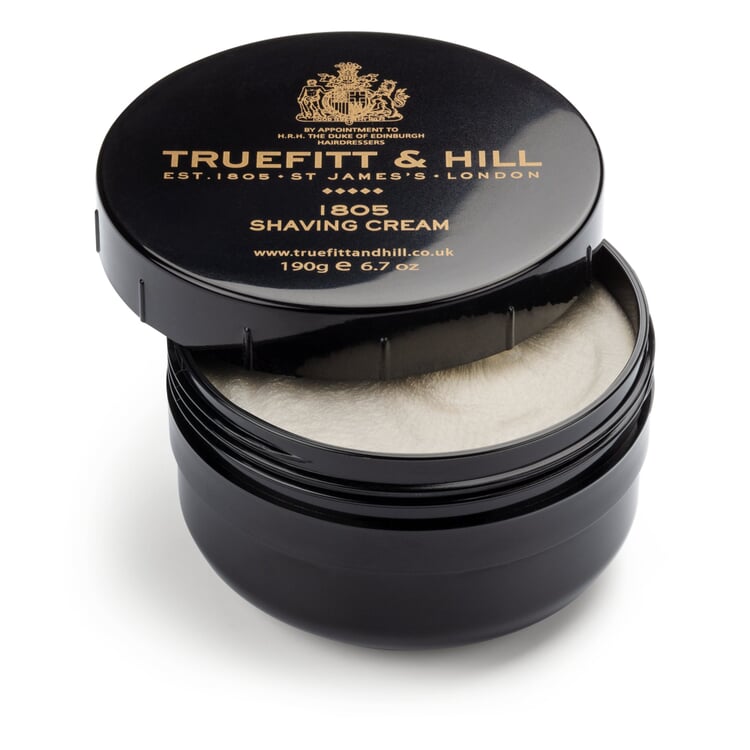 Truefitt & Hill 1805 Shaving Cream
In stock, Delivery in 5-6 days
Please note that unfortunately we cannot deliver to all countries at the moment.

1805 was an important year for the English. Apart from the Battle of Trafalgar, it marked the establishment of the firm of Truefitt & Hill, the oldest traditional high-class barber’s and gentlemen’s hair, face and body care shop in London. Famous customers over the years have included Charles Dickens, Lord Byron, Beau Brummel and Oscar Wilde, and the Americans Alfred Hitchcock, John Wayne, Frank Sinatra and Cary Grant. By 1820 they had become officially appointed purveyors to the Royal Family – an honour they still enjoy today. The product that we offer you here under the heading ‘1805’ does not however refer to the date. It was given to a scent invented by Truefitt & Hill in the 1850s that quickly became popular in London clubs and top regiments. Light, and with a head note of bergamot and lavender, and a base note of cedar and sandalwood, it’s a classic example of the English 19th century perfumier’s art – and appeals to today’s taste as well. It’s a truly timeless scent.

This shaving cream feels pleasantly mild to the skin, and contains glycerine for added care. It is economical in use: apply sparingly to produce a luxurious foam. 165-ml plastic bottle.
Manufacturer: