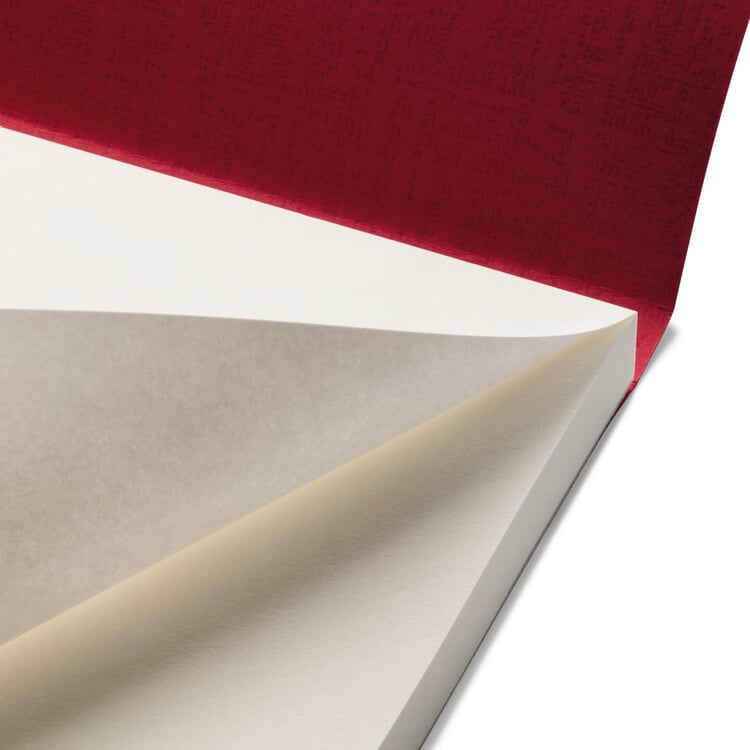 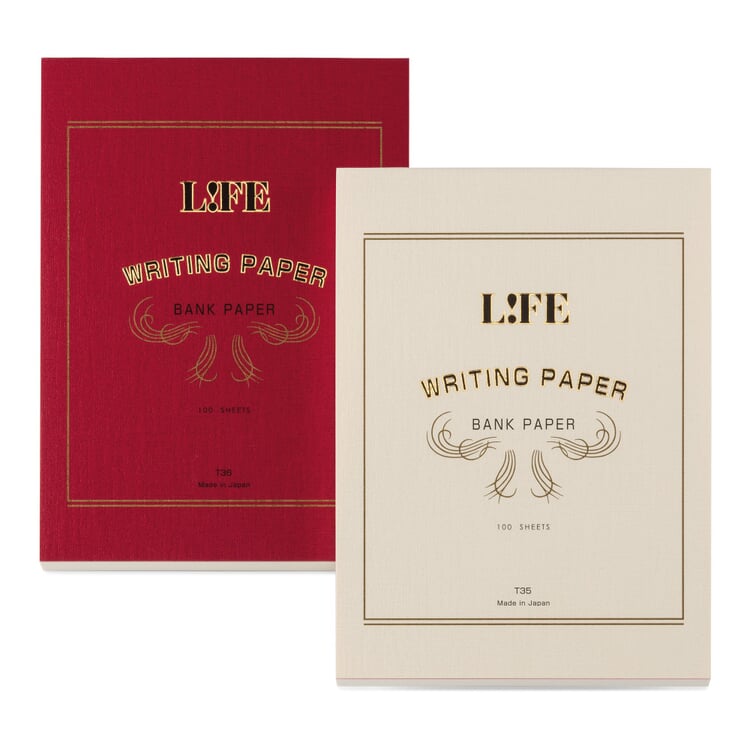 Bank Paper Writing Pad
Red
In stock, Delivery in 5-6 days
Please note that unfortunately we cannot deliver to all countries at the moment.

Not for Representational Purposes Only. A Paper for Joy in Everyday Life.

The outstanding characteristics and undisputed extraordinarily high quality of Japanese stationery have partly to do with the fact that Japanese writing is difficult to mechanise on a typewriter. The first typewriters were introduced at the beginning of the last century. In addition to Japanese syllable writing the Chinese characters called “Kanji” are common in Japan. The Kanji prove to be exceptionally difficult to reproduce. Until the introduction of the personal computer in the office, it was customary therefore to write business correspondence by hand, and one used the best stationery available to leave a good impression. The passion for extraordinary stationery has survived in Japan even if it is not used for official correspondence anymore. For daily notes, a paper like the lined note paper offered here is put to use. It‘s thread-sewn and features a spine reinforced with black and gold embossed spine tape. An obscure, if amusing side remark: By printing “containing best-ruled foolscap” the Japanese manufacturer came a cropper. Because none of these notebooks is in foolscap, the traditional Anglo-Saxon paper format somewhat larger than DIN A4.

100-page writing pad in a 20 x 14.5 cm format (nearly A5). Fine, soft white untreated paper (87 g/m²). The 'Swiss brochure' binding allows opening the block very wide, consecutively the paper lies flat on the desk. Cover made of imprinted white or red pasteboard. Comes with a blotter. Made in Japan.