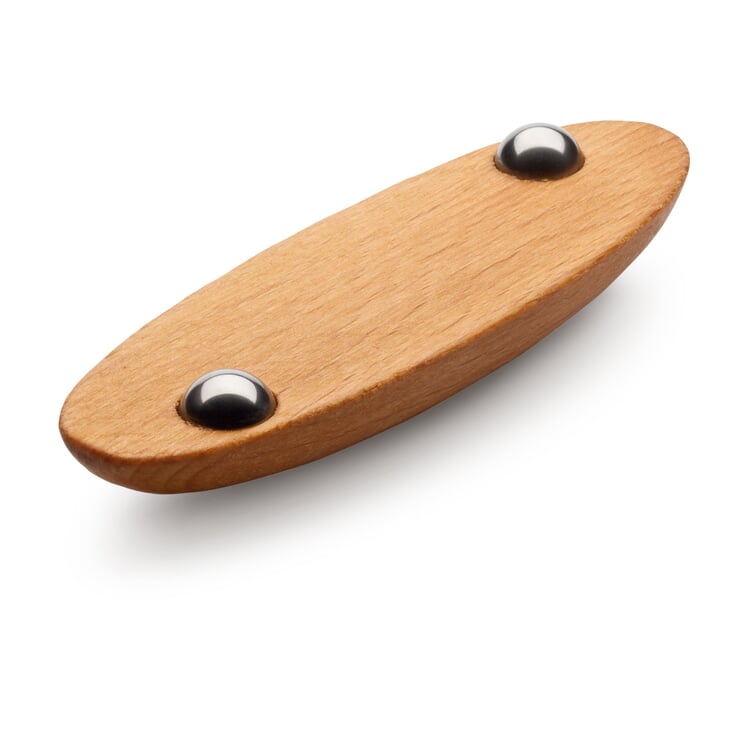 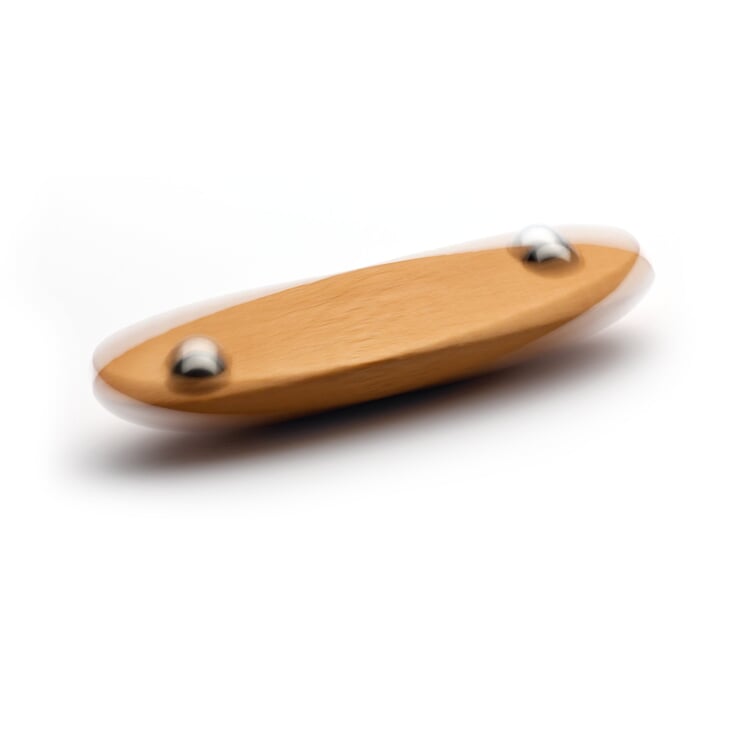 Wobble Board
In stock, Delivery in 5-6 days
Please note that unfortunately we cannot deliver to all countries at the moment.

A Wobble-Board with its own sense of direction.

This wobble-board looks a bit like a wooden ship – so far, so good. But there’s something very odd about it: if you try to turn it in a clockwise direction, it’ll obey you at first, but quickly defies you by turning in the opposite direction, apparently by magic. Magic that Celtic priests (who, it is said, invented the elliptical wobble-board) liked to use to their advantage in directing policy.
A brief explanation – unnecessary for those of our customers who understand the laws of mechanics. It’s all to do with the two steel balls in the body of the board, which produce imbalance, while the contact between the wood and the floor (or other surface) produces friction, which in turn leads to the ‘wobble’ effect. With each oscillation the board tips over slightly towards its heavier side, and finally begins to turn in the other direction. Or perhaps it’s just magic after all?

Not suitable for children under 3 years of age. Choking hazard. Risk of swallowing small parts.