Now that we spend more time pounding keyboards than putting pen to paper, the modern fountain pen is no longer seen merely as an elegant writing tool – it’s celebrated as the saviour of handwriting. Read More

Now that we spend more time pounding keyboards than putting pen to paper, the modern fountain pen is no longer seen merely as an elegant writing tool – it’s celebrated as the saviour of handwriting. And with good reason: No other writing utensil is better at transforming an untidy scrawl into neat, legible handwriting than the fountain pen. The age of the penman is irrelevant. Whether you’re a child or an adult, it’s impossible to scribble a spiky staccato of characters when using a pen equipped with nib and ink gets into the flow of writing. Its distinctive design ensures that capillary action draws ink from the reservoir into the finely formed nib. The released ink is continuously replaced by incoming air. The result is an even, blot-free supply of ink – even when the nib only gently touches the paper. So if something has to be written quickly and neatly, the fountain pen is the ideal tool. It is reportedly used by all the stenographers in the German Bundestag, who achieve a rate of up to 400 syllables a minute.

From functional commodity to the ultimate writing utensil.

However, the inventor had neither an elegant hand nor writing speed in mind when he developed the fountain pen if we are to believe historical records. His objective was far more profane. Insurance agent Lewis Edson Waterman invented the pen in 1883 after bungling an insurance contract, for which his own defect pen was to blame. So the fountain pen was bestowed upon the world as its inventor’s response to a very personal failure. Waterman was determined never to lose money so recklessly again. Out of defiance, he invented the ink feed system that accompanies us through our school years today.

Even if you left school long ago, it’s always worthwhile owning a good-quality fountain pen. For one thing, there is that tactile experience that materials such as copper, silver or brass develop in your hand with every page you fill. It’s simply a pleasure to write with a stylish writing utensil. It is comfortable to hold, and with every swing of your hand, your thoughts begin to flow anew. The words you form flow freely and fluidly onto the paper. And thanks to the pen’s innate ability to emphasise your own unique handwriting, it is also an expression of your personality.

By the way: Elegant fountain pens are highly collectable items that can become valuable investments in years to come. The most expensive fountain pen to date changed owners for an incredible eight million US dollars in 2010. This pen with the attractive-sounding name of "Fulgor Nocturnus" – night-time glory – was made of various precious metals and studded with 945 black diamonds and 123 rubies. Sometimes, for that matter, you simply have to indulge yourself.

A drop of ink may make a million think. The paramount importance of the ink.

Even if you have the most elegant fountain pen, you won’t get very far – or as the German saying goes, you will be "stuck in ink" ("in der Tinte sitzen"), if you have no ink. It’s not known for sure why we Germans like to use the phrase "in der Tinte sitzen" when we find ourselves stuck in an awkward situation. Some believe it originates from Heinrich Hoffmann’s famous children’s book "Der Struwwelpeter" (Shockheaded Peter) – or more precisely, from the "Story of the Black Boys", one of the fables in the 19th-century compendium, in which three boys are dipped in a pot of black ink as punishment. Hoffmann’s authoritarian ventilations aside some records suggest the phrase was coined even earlier: at the end of the 15th century. Therefore, it is more likely that the opaque, dark and indelible ink was taken as a synonym for dirt. And perhaps also as a metaphor for unfortunate business transactions that could no longer be revoked – because they had been signed in ink. 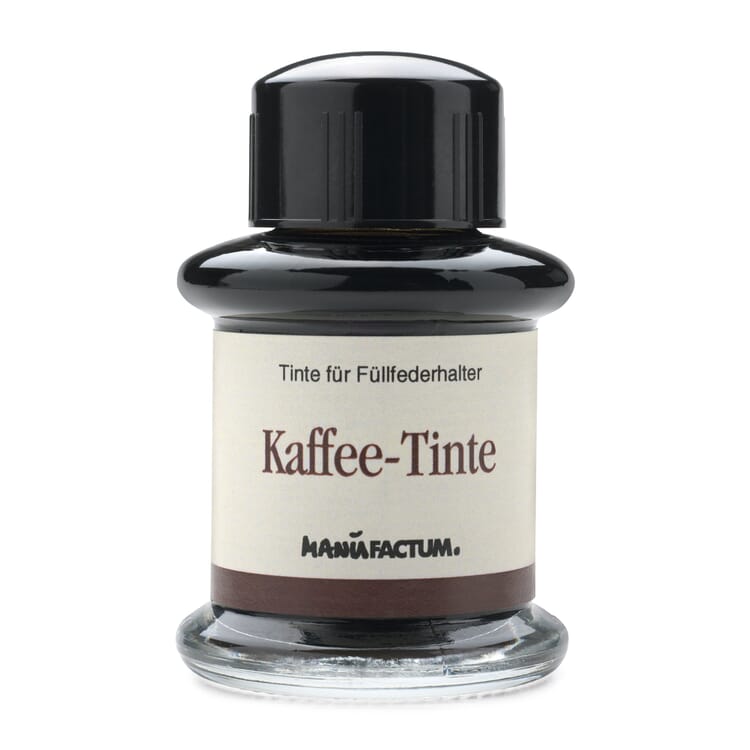 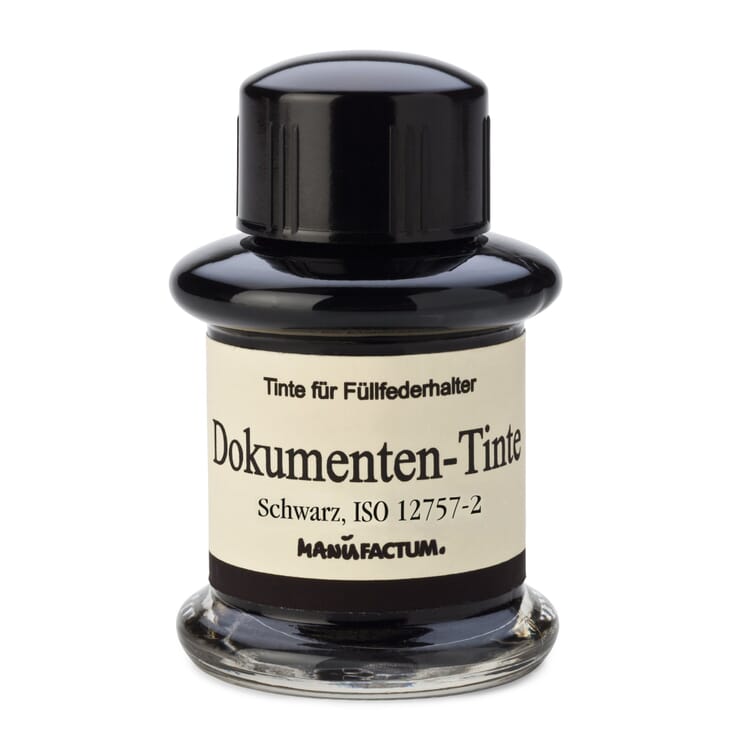 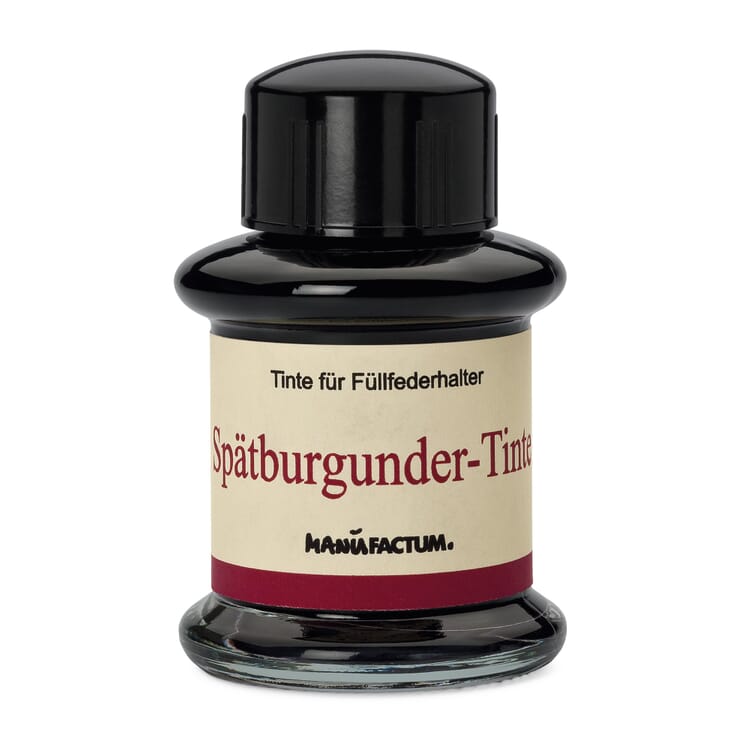 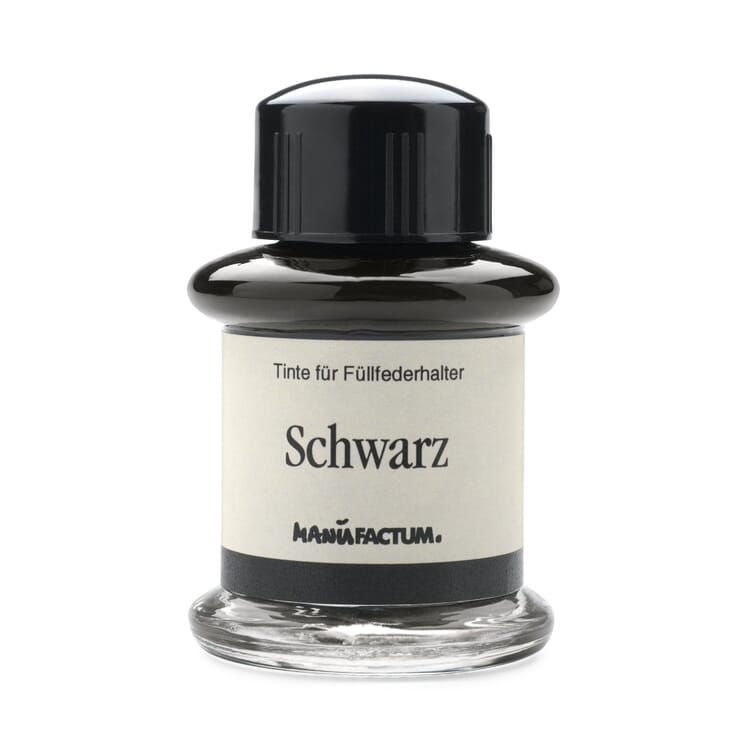 A centuries-old tradition in a modern guise.

he Chinese and ancient Egyptians wrote with "tincta aqua", or "dyed water", as long as 5,000 years ago. The ink used at that time was still flawed. Usually made from a mixture of soot, water and the plant sap "Gummi arabicum", the pigments only superficially adhered to the writing surface. The dry ink crumbled rapidly and was easy to remove.

Admittedly, over the centuries things changed. The discovery of colourants such as gallnuts, iron sulphate, minium or verdigris made it possible to produce permanent inks in which the dyes dissolved completely. The Alchemists developed some sophisticated formulae. One especially ingenious recipe for golden ink actually works even without the precious metal. It was discovered in a manuscript from the 16th century: "Fill a blown-out egg with mercury and orpiment (yellow arsenic sulphide) and block up the hole. Place the egg under a brooding hen. When the hen leaves the nest, remove your egg, crack it and mix the contents with a little water so that you can write with it."

Fortunately, manufacturers today use neither poultry nor toxic metals to make ink. Superior-quality inks, in particular, now contain far more tasteful ingredients such as coffee or red wine. Sometimes, even nanotechnology is used if the ink has to be indestructible. The nostalgically inclined, of course, can continue to sign important papers with good old iron gall ink. But be sure to use the right nib; this type of ink could completely ruin your fountain pen.

A momentum to put the romance back. Handwritten love letters.

Jimi Hendrix did it. So did Henry VIII, Napoleon Bonaparte, John Keats, Richard Burton and Ernest Hemingway – the letters they penned to their beloved still exist today. The common love letter, of course, sending a written expression of affection by post, is not just the preserve of the male sex. Women, too, are good at expressing their romantic sentiments and longings in written form, as is proven in the book "Love Letters of Great Women”. The most important thing about these coveted documents, of course, is their content. But there’s more to it than the gist.

In the eyes of the adored recipient, well-considered details can make the value of personal words appear even more precious. Text messages via smartphone or computer have probably rarely melted and won over hearts. And nothing beats the seductive smell of eternity that surrounds a sheet of high-quality, hand-written paper. Naturally, you shouldn’t just use the first pen that comes to hand either. To write a successful love letter, fountain pen and ink are a must. As an old Russian proverb goes: "What was written by a pen can’t be erased by an axe." It’s precisely this indelibility that we strive for. Or is it a fleeting affair that you are asking for?

Only in certain situations is it permissible to pen love letters with a less expensive writing tool. This is demonstrated by none other than Ludwig van Beethoven in his famous three-part letter to his "Immortal Beloved", who historians today believe to have been the Austrian diplomat’s daughter Antonie Brentano. In one line, he writes: "6 July 1806 – morning. My angel, my all, my own self. Only a few words today, and written with a pencil (with yours)." So take note: If you’re a musical genius and you have reached your destination, you don’t necessarily need quill and ink to transform the silent cries of your heart into words with wings. In other cases you do. And it’s also by far the most attractive option.

In case you’re now inspired to divulge your own feelings in a love letter, don’t wait until next Valentine’s Day. Get out your fountain pen, find a suitable sheet of paper and pay heed to the words of Jean-Jacques Rousseau: "To write a good love letter, you ought to begin without knowing what you want to say, and to finish without knowing what you have written." Quite simple, don’t you think?